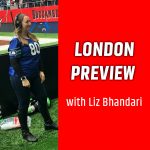 You can’t help but feel sorry for the Miami Dolphins right now, a team that barely missed out on the playoffs last season is freefalling to start their new season. They were dropped to a 1-4 overall record on the year after being thrown around by the Tampa Bay Buccaneers, losing 45-17.

Jacoby Brissett looked really good towards the beginning of the game but the offense as a whole vanished in the second half. Still, Jacoby threw two touchdown passes, both to running back Myles Gaskin who was basically their entire offense. Gaskin has been slowly eased out of the run game for some reason, not getting nearly enough touches as he deserves but has somewhat made up for it in the passing game. Brissett loves to check it down to his back and Gaskin has delivered.

Miami should also be able to get DeVante Parker back from his hamstring injury this week against the Jacksonville Jaguars, something that should vastly help their offense against a Jaguars defense that has been basically abused all year long. That abuse is the reason that they remain winless on the season. Their recent outing was against the Tennessee Titans, losing the game 37-19 after having it a one score game halfway through the second quarter.

Luckily, it wasn’t all bad news for the rebuilding Jaguars. Trevor Lawrence really seems to be settling into his role in the NFL, he threw for 273 yards, a touchdown, and an interception in this last game. A lot of that confidence came from the pressure that James Robinson has taken off his back in the last couple of matchups. Robinson is essentially the heart and soul of this Jacksonville offense, running for 149 yards and a touchdown on just 18 carries against the Titans.

Assuming Jacksonville continues to show a commitment to the run game, Robinson should be able to have tremendous success against a Miami front seven that allowed Tampa Bay to run wild for 121 yards. Neither of these teams are seriously in a position to break away from the other right now, so don’t be expecting a blowout to happen on either side.

I will say that I think the Jaguars will come out differently this weekend. They may be the early underdogs but their biggest strength on offense is the Dolphins biggest weakness on defense, the run game. Plus, when both of your defenses are horrible, it kind of evens out the playing field a bit.

There are some things to keep an eye out for in this contest, as a rift seems to be looming over Jacksonville regarding Urban Meyer. He said after the Titans game that Lawrence wasn’t comfortable running a sneak play, but when asked about it later, Lawrence completely denied it and said that he was always up for that play call. It may not be anything really major, but if these two aren’t on the same page it will be wildly difficult to win ball games.