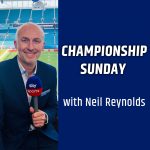 It’s going to be hard to top the divisional weekend as we move through the remainder of the playoffs. But one thing we can guarantee is that the stakes are higher this Sunday evening. The four competing teams are just 60 minutes from Super Bowl 56, but the loser will head for a long and painful offseason knowing they came up one game short. The Divisional round is the best ‘weekend’ of football all year, but, to me, this is the best day.

The Chiefs are in familiar territory as they play host to the AFC Championship Game for the fourth year in a row, which is an NFL record. Kansas City proved almost impossible to slay last weekend, although the Josh Allen-led Bills gave it a good try. After a 3-4 start which saw us all question where their offense was heading, Kansas City have won 11 of their last 12; they have topped 30 points in 11 games and have scored 42 in back-to-back playoff wins over Pittsburgh and Buffalo. So it’s safe to assume KC’s attack will be fine.

Cincinnati’s offense was just fine when these teams met in Week 17 as Joe Burrow threw for 446 yards and four touchdowns in a 34-31 win. Ja’Marr Chase was also a star on that early January day as he caught 11 passes for 266 yards and three touchdowns. The excellence of both young men gives the Bengals a chance to repeat that winning display against the Chiefs, but I’m backing KC to win at home and reach a third Super Bowl in a row.

Bengals at Chiefs… What you need to know!

The Chiefs led 28-17 at halftime when these teams met in Week 17 but Mahomes and company were held to three points in three second half possessions. Mahomes threw for just 50 yards in the third and fourth quarters. By contrast, Burrow got red hot after the break as he completed 15 of 18 passes for 253 yards, two touchdowns and no interceptions

The 49ers and Rams will meet for the third time this season and Los Angeles will be hoping to reverse their recent fortunes against their division rivals. San Francisco have beaten the Rams on each of the last six occasions, with the most recent coming in Week 18. LA led 17-0 in that contest and were on the verge of knocking San Francisco from the playoffs. But the Niners stormed back for a 27-24 victory.

The Rams recovered from that Week 18 loss with impressive playoff wins over Arizona and Tampa Bay, scoring 30 points or more in both contests. Both teams are in outstanding form. LA have won seven of their last eight games, while San Francisco have been victorious in nine of their last 11.

49ers at Rams… What you need to know!

The Rams can join the 2020 Tampa Bay Buccaneers as the only teams in NFL history to play a Super Bowl in their home stadium. But when these teams met in Week 18, 49ers fans took off SoFi Stadium to the point that it created noise issues for Rams quarterback Matthew Stafford. Ticket re-sale trends suggest that Niners fans will out-number their LA counterparts once again on Sunday, although Stafford’s wife, Kelly, has been working hard to make sure that doesn’t happen. She has been buying tickets on the re-sale market and giving them to Rams fans for free!