X
This site uses cookies to provide and improve your shopping experience. If you want to benefit from this improved service, please opt-in.
More Info
Accept Cookies
Bulldog Sports | BlogBlogYour Guide to the NFL Playoffs
Menu 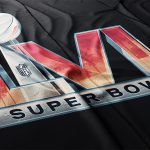 Your Guide to the NFL Playoffs

The NFL regular season is over, and now the playoffs begin. But how does it all work? We share the in’s and out’s in the guide to the playoffs.

Who gets a playoff spot?

The league looks at which team has the best record in each conference and lists them as the number one seed. Those two teams will be handed a bye week during the Wild Card Round and will have that extra week of rest. Think of it as a reward for their hard work throughout the season. The two, three and four seed of the postseason for each conference get determined by division. As we know, there are eight divisions in football, four on either side. The top seed in each conference already won their division so that is one knocked off for both sides. The other three seeds get slotted in after that and get determined amongst themselves by record as well.

Once those are all sorted, there are three wild card sports which can be awarded to any team even if they didn’t win the division. They are handed out to the teams with the best records in the conference outside of the division leaders. Sometimes we could see three teams from one division all make the playoffs and others we could see three teams from all different divisions, it really just depends on the circumstances. Now, once we have all that figured out, we head into the postseason.

The Wild Card round

We start with the Wild Card Round. Every team except for the top seed has to play and win this game. The division leaders all get home field advantage in these games against the three wild card teams that squeaked in at the last second. This is how it works for either side of the bracket.

After three teams are eliminated from either side at the end of this round, we head into the Divisional games. There are only eight teams remaining in the playoffs by the time this round rolled past. As you would expect, four teams from each conference battle it out to see who advances, it boils down to two games per conference. The team that was handed a bye week obviously gets home field advantage again and also gets a chance to play the lowest remaining seed. When those games get situated, we are left with just four teams left on both sides combined.

This is called the Conference Championship game. The two teams that are left standing in each conference battle it out to see who the best team in their particular conference is. It may not be the final stop in their playoff journey, but a win is a major deal to the franchise on its own. Players usually get some type of celebration after winning the conference and also get a small award for their hard work. After these games the two teams that are left, one from each conference, get some time off. Two weeks to be exact. This time is needed to prepare, get situated down in the city that the Super Bowl is being played in, then prepare some more. During that week off in the middle, the Pro Bowl gets played. The players that are going to be participating in the Super Bowl for their teams don’t go to the Pro Bowl but everybody else that has been eliminated can take some time to head down there and have some fun with their fellow players that have gotten voted in by the media and fans.

Finally, we come to the Super Bowl. After all the craziness that goes around the weeks beforehand. The two best teams in the league represent their own conference and see who the best team in the league will be, walking away as the undisputed champions of that season. It is such a major event with