X
This site uses cookies to provide and improve your shopping experience. If you want to benefit from this improved service, please opt-in.
More Info
Accept Cookies
Bulldog Sports | BlogBlogPro Bowl week is upon us!
Menu 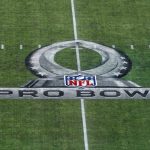 Pro Bowl week is upon us!

The Pro Bowl has had some wildly mixed reviews the past couple of years. Some believe that the game is too soft or not meaningful enough while others are just happy to see their favourite stars playing with others. Regardless of those mixed feelings, this year’s Pro Bowl should have a little more excitement behind it. Let’s dive into what we have in store this year.

The Pro Bowl format has changed drastically over the last couple of years, with different features and styles coming in and out. In 2013, a draft format was applied to the game. Coaches were allowed to select All-Stars for their teams in the hopes that they can build a winning roster. After three seasons, they went back to the traditional matchup of the AFC going against the NFC. The AFC leads the all-time series in the Pro Bowl, with a 25-22 overall record. Also, the NFC apparently hasn’t won a Pro Bowl since 2012. This may be the year that they can change that stat.

There will still be team captains for the big game though, as former NFL stars have already been selected. For the AFC, we will be seeing Jason Witten take over as the captain. As for the NFC, Luke Kuechly will come back and be their captain. Those players aren’t going to be the head coaches of their given conferences either. Instead, we are going to see Tennessee Titans head coach Mike Vrabel, along with the rest of the Titans staff, coach the AFC side. Then over on the other end, Matt LaFleur and the Green Bay Packers coaching staff will be leading the NFC.

We don’t just have the game to look forward to, there are other events taking place this week. Given those uncertain feelings about the Pro Bowl, the league added the Skills Showdown, which happens to be the fans favourite time of the week. The Skills Showdown features a number of fun games between players selected to the All-Star teams. Events like Precision Passing, Dodgeball and Best Catch are just the most popular ones.

Also, some players were just removed from the Pro Bowl due to making the Super Bowl. Players on the Cincinnati Bengals and Los Angeles Rams won’t be appearing anytime this week. Each of those players have already gotten replaced for this week, so any new players are likely going to be there because of this. Also, there may be one more NFC quarterback getting switched in on the day of the Pro Bowl or the Skills Showdown. Tampa Bay Buccaneers quarterback Tom Brady has been selected to the team, but given the recent retirement rumours swirling around, he may opt to just sit out here.

Outside of that, the Pro Bowl is going to be a ridiculously fun couple of days filled with stars hanging out with one another. If you happen to want to head on down to the actual Pro Bowl game to see it in person, it is located in Las Vegas, Nevada at Allegiant Stadium. The game will also be streamed on ESPN.