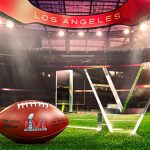 We are just a couple of days away from the big match between the Cincinnati Bengals and the Los Angeles Rams. This upcoming Super Bowl will be held at SoFi Stadium in Inglewood, California. The Rams are already listed as four-point favourites here, but the underdogs aren’t always to be counted out in these types of games. If Joe Namath and the New York Jets are able to come into the game as 18-point underdogs and still beat the Baltimore Colts 16-7, then anything is possible on a stage like this.

The Super Bowl has changed quite a lot over the years. We are coming into Super Bowl LVI now. It has been an incredibly long journey since the Kansas City Chiefs and the Green Bay Packers met in the first ever game of its kind in 1967. The game was held at Memorial Coliseum in Los Angeles, California ironically. The Packers came in with a vengeance in that game, not just beating the Chiefs, but dominating them. They won 35-10 in that matchup and established themselves as the first Super Bowl champions in history. Even when the American Football League was around back in 1960-1970, the Super Bowl was still only held once per year and was a big reason that the leagues merged to create the NFL that we know today. It is an experience that nobody is able to even comprehend unless you are standing on that field and playing in that atmosphere.

Fun fact about the Super Bowl, it wasn’t actually called that the entire time that it has been around. There was a time period where it was known as the AFL-NFL World Championship Game. The Chiefs owner Lamar Hunt was the man that stepped in and threw out the idea that it should be called the Super Bowl. Funny enough, even that original name wasn’t their first choice. Before the AFL-NFL World Championship idea came around, the former NFL commissioner Pete Rozelle wanted to name it the “Big One.” Yes, that is real. When that idea got heavy criticism, he then wanted to call it the “Pro Bowl” which is now just known as a different event entirely.

The major traditions of the Super Bowl dating back to the first few events are almost entirely the same. Despite all the name changes and league merging, the executives loved the idea and didn’t want to interfere with a good thing. The only real difference is the spectacle that we have nowadays. There was a comparison that came out not too long ago that showed that Super Bowl tickets were as much as $12 back in 1967. If that isn’t surprising enough for you, the Super Bowl didn’t even sell out back then. Fast forward all these years and this season’s Super Bowl tickets are costing people around $4,000 and $5,000 each. On top of that, hotel rooms and parking lots in the areas are packaging bundles of $6,990 which doesn’t include tickets. The Super Bowl is just such a massive event now and garners so much interest and views each year no matter what teams are playing in the game.

This season, we have some good teams ready to go to battle. The Cincinnati Bengals is basically this year’s Cinderella team. After placing dead last in their division a year ago and having their rookie quarterback suffer a major knee injury, nobody expected them to be good for quite a while. Yet somehow, they won their division this year with 10 wins on the season. Then they knocked off the Las Vegas Raiders at home, the Tennessee Titans on the road and the Kansas City Chiefs on the road. This is a strong stretch of play that we don’t get to see often whatsoever by a team that was considered rebuilding in the offseason. Joe Burrow is already known as one of the best leaders in the sport with how much he has changed this team. The signal caller has gotten a lot of help from his wideouts as well though. Ja’Marr Chase, Tyler Boyd, and Tee Higgins all consistently get themselves open for Burrow to throw them the football. The offensive line is a bit shaky though, as Burrow got sacked nine times in that Titans game. Then miraculously, he didn’t get sacked against the Chiefs at all. Defensively, Cincinnati went big on a lot of free agents, and they have all paid off in spades. Players like Trey Hendrickson are massive contributors. Finally, we have to talk about their young kicker Evan McPherson. The guy has won them almost each playoff game this year and hasn’t missed a kick in the last four-five weeks. If the game comes down to a last second kick, he is the guy to call.

As for the Los Angeles Rams, they were expected to be here. Matthew Stafford suffered through years as the quarterback of the Detroit Lions. Then, in his first year with the Rams, he led them to a Super Bowl. The MVP calibre play of Cooper Kupp certainly helped him out though. Plus, they snagged Odell Beckham off the free agent market to pair up with Kupp and force defenses to stretch out more. The run game has been mediocre at best with Cam Akers and Sony Michel, but anything could happen in this game. Then we have to talk about that defense. Jalen Ramsey is a top cornerback in this league and is likely going to take away the wide receiver of his choosing here. Then we have Aaron Donald and Von Miller rushing the passer at the same time, making it impossible to double team them both with other rushers coming into the frame as well. Eric Weddle, their starting safety, was also retired before the playoffs started. The team convinced him to come back, and he led the team in tackles during the NFC Championship last week. Everything about the Rams screams talent, and a lot of people believe they will win this game in their home stadium. However, I am certainly not going to be doubting the Bengals after what they have accomplished lately.