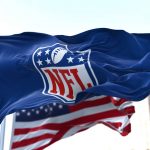 The NFL Draft is right around the corner now, and a lot of fans are feeling incredibly anxious to see what their favourite team does with their picks. The history, the location, and the way that it works are all important to note when tuning into this important event for each franchise in the league. So, let’s get started then…!

The History of The Draft

The NFL Draft this season is set to be held in Paradise, Nevada (aka Vegas baby!!). Originally, the draft was supposed to be held here back in 2020, but there were some complications involving that which saw it get pushed back a small bit. This is going to be the first time that Las Vegas is the sole location for the draft as well. New York City played host to this event from the years 1965 all the way to 2014. Since then, the NFL started switching around and began to head to whatever franchise won a bidding war for the location. After all, it does reel in a lot of publicity and revenue for the state.

The 2022 NFL Draft will begin on Thursday 28 April, and end on Saturday 30 April. On the first day of the draft, we get to see the first 32 picks get made. This just goes for the first round. The day after, we get to see teams select their players for rounds two and three. Then finally, everybody closes out their draft boards on the third day when rounds four through seven are finalised. This is usually split up like this because everybody would rather pay attention to the first round. That opening round is usually the most televised and it is the greatest chance for a franchise to land a perennial superstar to change their organisation for the better. The second and third rounds are in that same boat. As for the final few rounds, they go by a lot quicker, and you don’t always know the players who are being drafted. This doesn’t take away from their talents whatsoever though. These guys still deserve to hear their name called to the stage. As fans, we usually don’t want to sit and watch hours of draft picks be made over three long rounds. Though it just depends on our favourite team.

Before we go into detail on what we expect out of this upcoming draft class, we must cover some of the most historical draft picks in the history of the league. We will cover both the best and the worst, starting off with the best. Tom Brady. Brady wasn’t known at all when the draft first came around. He was drafted by the New England Patriots in the SIXTH round of the 2000 NFL draft. To put it into further perspective, that was the 199th overall selection. As we all know now, he is well known as the greatest football player of all-time and the most accomplished. This just goes to show that late round gems are in fact a thing.

Although now we come to the worst, Kevin White. White was no doubt listed as the top wide receiver in his class back in 2015. Everybody was interviewing him and hoping to snag him with their first-round selection. At the end of the first day, he was already off the board. He got drafted seventh overall by the Chicago Bears but had incredibly poor luck straight out of the gates. He fractured his tibia during OTAs just a few weeks after hearing his name get called. Once he missed his entire rookie season, he came back and had a fibula fracture along with a severe ankle sprain. He missed all but four games that year as well. In four seasons with the Bears, he played 14 games total. He bounced around different teams and never stuck around. To make it worse, the other wide receivers drafted that year in the first round were Stefon Diggs, Tyler Lockett and DeVante Parker. Other notable players taken in that draft were Todd Gurley, Marcus Peters, Arik Armstead, and Byron Jones.

What can you expect to see this time around?

So, at the end of the day, nobody really knows for certain if a player is going to be great in the NFL. Each year we get to see a team draft a player that completely tanks his expectations and never really pans out. Then we also get to see a player get drafted late in the second or third day and then turn out to be complete superstars. This year, we will have to just wait and see who turns out to be what. One thing we do know for sure though is that the offensive and defensive linemen that will be available this year are going to be off the board fast. Evan Neal, Aidan Hutchinson, and Kayvon Thibodeaux are all players that instantly come to mind. Neal is supposedly the best offensive lineman available in the draft, with some saying that he may even be selected first overall. Hutchinson has also been rumoured to be taken at the top spot, though he is a strong defensive end that flew up draft boards as of late. Thibodeaux has surprisingly been forgotten about by a lot of people but at the beginning of the year, he was thought of to be taken number one overall. Other lineman like Ikem Ekwonu and Travon Walker won’t have to wait that long to hear their names get called either.

This is one of the few seasons that the quarterback position isn’t absolutely loaded. Last season, we saw the first three selections get marked down as quarterbacks. Trevor Lawrence, Zach Wilson, and Trey Lance were the quarterbacks selected. However, we only really have two guys that will be taken at the position in the first round. Well, two guys that are EXPECTED to be taken in the first round. Malik Willis and Kenny Pickett are those two signal callers in question. Each has shown genuine promise during the combine and other events that they took part in over the offseason. A lot of teams aren’t quarterback needy now, which makes this draft interesting. It will certainly be one of the few seasons that quarterbacks are not sought after, making this a one-of-a-kind year.

There are some unbelievably talented secondary players in this class. You can never go wrong with taking a superstar for your secondary. Derek Stingley is a prime example of a lockdown cornerback that can fit into any system or situation. The former LSU standout could instantly lock down any half of the field if he is recovered from his injuries. Another cornerback that goes by Sauce Gardner could be shooting up draft boards himself. He didn’t allow a touchdown in his entire Cincinnati career and could provide a similar impact to Stingley. Then we have players like Kyle Hamilton and Trent McDuffie that could be taken high themselves.

Finally, we have stars at wide receiver. With so many big names getting moved around throughout the offseason, there are teams that need help at the position. Garrett Wilson, Jameson Williams, Drake London, Chris Olave, Treylon Burks, and Jahan Dotson are all projected to be taken in the first round at some point. We obviously may not see them all get taken on the first day, but I think it’s a great expectation that four of them will be off the board by that point.

Overall, this upcoming NFL Draft has a ridiculous amount of talent everywhere except for the quarterback position, a job that everybody always puts the most hype into. Just because that area is lacking doesn’t mean that there are serious playmakers that will take teams into Super Bowl contention like Ja’Marr Chase did last season for the Cincinnati Bengals. It will be interesting to see where everybody ends up. It will be even more interesting to watch teams make trades throughout the three-day event to show if they really have somebody they are looking to draft. We normally see it for quarterbacks in the early rounds, but the talent in the draft could push teams to pull the trigger on big trades that we wouldn’t usually see. For example, the New Orleans Saints already traded to get another first round selection in this draft.